Photos of the Week: Mud Hen and Weeds 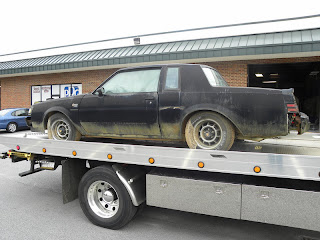 It's been another busy week on the Reynolds Buick GMC Facebook Page, but our top photos of the week seem to reflect life in a slower lane. Our top photo was "Mud Hen," a picture of the Grand National which had been found in the Louisiana Mud and then taken to a shop called American Resto Mods for a meticulous restoration. You can read all about it here. 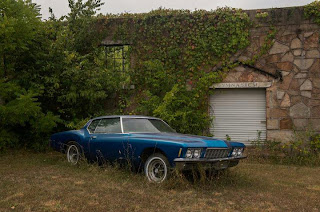 In second place this week was a photo we call "Weeds." Contributed by our friend and follower Edward, its  a 1972 Riviera boattail resting in weeds somewhere along Route 66. It's a poignant photograph and it's generated a lot of discussion. Unfortunately we don't know the precise location of the Buick, so we can't offer assistance to any would-be rescuers.

Some very good news this week as Reynolds Buick GMC received the General Motors Business Central Mark of Excellence Award, which is based on high levels of achievement in Commercial Sales and Customer Satisfaction. Reynolds is one of only 15 dealers to be honored out of over 4,500 GM dealers nationwide, said William Palace, GM's Western Region Commerical Manager who travelled from Thousand Oaks to present the award to dealer Don Reynolds and his team.

"We are extremely proud to win this award" said dealer Don Reynolds who credits his success to the core values- honesty, integrity, and service- of his Grandfather, Irven G. Reynolds who founded Reynolds Buick GMC in Covina back in 1915.

Posted by Reynolds Buick GMC at 1:40 PM No comments: 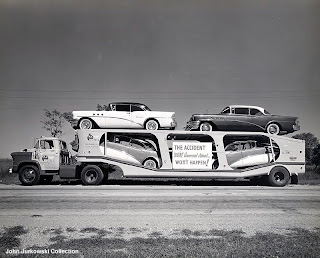 Another great week for photos and fun on the Reynolds Buick GMC Facebook Page, and we strongly suggest that you check it out if you haven't already. Our most popular images this week were both historic images of brand new Buicks.

Our top image. "New '55s" was a shot of a truckload of brand new 1955 Buicks aboard a J. T. Boutell Driveaway Company hauler. Boutell was the contracted hauling company for Buick for decades, and hauled millions of Buicks to waiting dealers. Note that the side of the trailer carries a safe driving banner- don't want to see any of those beauties dinged up! 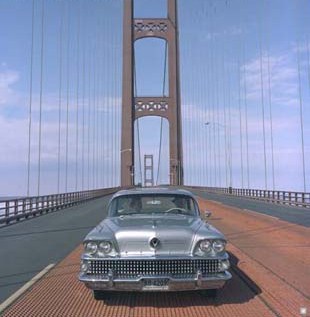 In second place this week was "Mackinac '58", a factory photo of a brand new '58 Special crossing the equally spanking new Mackinac Bridge, which linked the lower and upper Peninsulas of Michigan when it opened in November of 1957. The lack of traffic around makes us think they probably staged this scene prior to the actual opening date.

The '58 is a really beauty, with the Fashion Aire Dynastar grille, consisting of 160 individual chrome plates stars and flanked by the dual Vista Vision headlamps. Note also the fender ornaments atop each front fender. Quite a picture.

Be sure and check in at the Reynolds Buick GMC Facebook Page often. We have new images and smart conversations every day. See you next week! 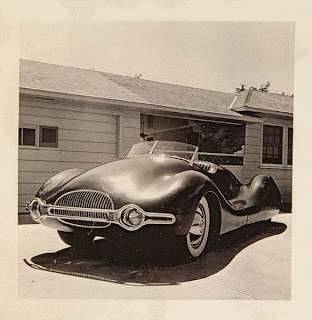 Our Monday Memory this weeks is a quick recap of what is perhaps the coolest car that you've never heard of- the Norman Timbs Special. Mr. Timbs was n automotive designer who worked on some pretty cool projects like racing cars and the ill -fated Tucker, but he also had his own ideas about what a car should look like and wasn't afraid to put them into action. Working in his own garage, he created this incredible one of a kind mid-engined speedster out of hand formed aluminum over a steel tube frame. 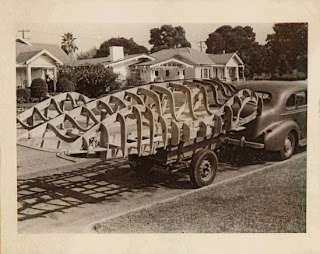 Starting with drawing, he created 1/4 scale models and worked his way up to a full sized wooden body buck from which he shaped the aluminum panels, which he welded together and mounted the body to a tube frame he had made from aircraft tubing. The drive train he chose was a Buick straight eight engine which was mounted behind the driver's seat. The rear streamlined section of the body was hinged to allow access to the running gear. The overall car was over 17 1/2 feet long but weighed only about 2500 pounds.

The car, which cost about $10,000 to build, was featured in many magazines including the October, 1949 issue of Motor Trend. By 1954, it appeared on the cover of Motor Life, now painted white and under different ownership. 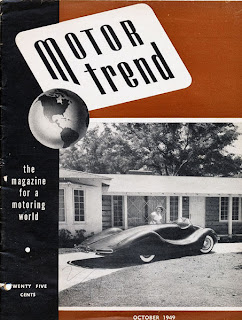 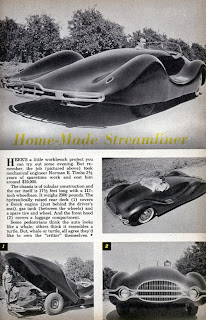 The the car disappeared for many years. It turns out that it was stored outside in the desert for many years and was all but forgotten. The good news is while the car was highly weathered from neglect, it was nonetheless still 90% original and largely intact.

The current owner, Gary Cerveny of Malibu,  bought the car at a Barrett-Jackson Auction at the Petersen Auto Museum in 2002. It was in very complete unrestored condition with few modifications from new. He undertook a complete Concours quality restoration at Custom Auto in Loveland, CO to bring the special back to its exact original specification. The car was completed in December of 2009. 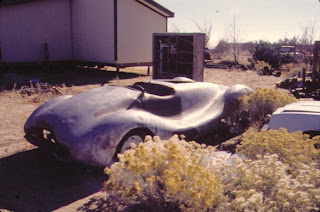 This year the car was invited to the prestigious Pebble beach Concours to compete in their Sport Custom class for American Custom built postwar creations. We're pleased to report that the Special won Best In Class.  Congratulations to Gary and Diane Cerveny. It's a lovely car with a heart of a Buick underneath. 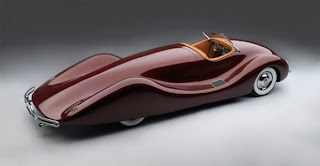 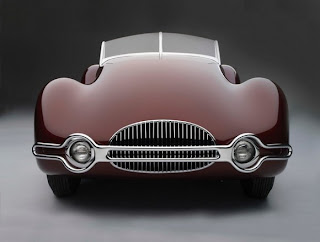 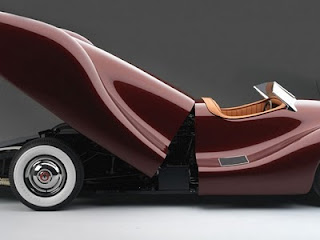 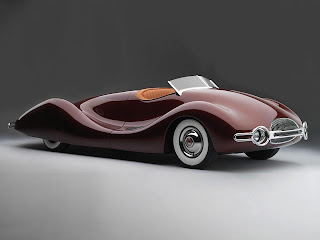 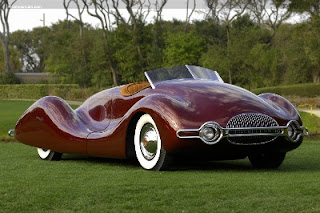 Posted by Reynolds Buick GMC at 3:11 PM No comments:

Photos of the Week: Star Wars and Santa Cruzin' 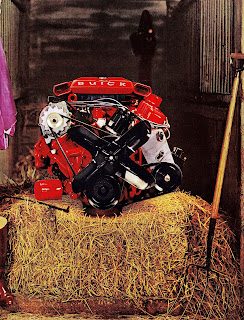 It's been another great week for photos and cool car talk over on the Reynolds Buick GMC Facebook Page, with a HUGE increase in traffic. We hope that means you folks enjoy what we do and will keep coming back to visit.

The top twp photos this week are related. In the top spot is "Star Wars," a posed factory photo of the powerful '67 Buick 430 V8 engine showing off the one year only "Star Wars" air cleaner. The unit was highly styled and made out of fiberglass with chrome emblems and BUICK letters, and was standard on the Buick GS models including the Riviera GS. 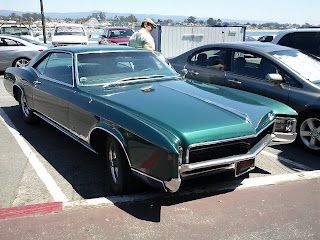 And that brings us to the second most popular photo, called "Santa Cruzin"- a photo I took myself of a 1967 Riviera GS that I saw parked on the Santa Cruz pier, which just happened to have the big 430 and "Star Wars" air cleaner under the hood, without the hay bales this time.

And I suppose it wasn't entirely random, since I had ridden in the car all the way down from Pescadero and onto the pier, and technically I did drive it home. And with just over 51,000 original miles, I cam say that this one drives as good as it looks. I will say too that we got a lot of "thumbs up" from the friendly folks on the pier.

So be sure and visit the Reynolds Buick GMC Facebook Page for lots of new images every day and smart conversation from knowledgable Buick fans. See you there! 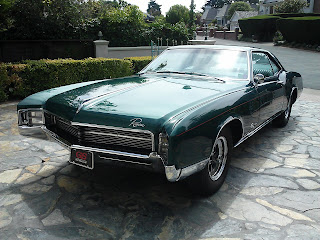 Buick for 1967 advertised itself as "The Tuned Car," referring to its spirited performance and excellent road manners, and no car personified it more than the Riviera. 430 engine, specially tuned suspension and sporty second generation styling by Buick exterior chief Dave Holls.

Recently we were up in Northern California and had an opportunity to drive a low mileage '67 Gran Sport Riviera. Loaded including Buick's famous V2 Chrome Wheels and "Star Wars" air cleaner, the '66 and '67 Rivieras were delightful cars indeed. Most people don't realize that the internal body stampings were shared with the '66 Toronado, the styling was done so cleverly.

So here is the Tuned Car at it's pinnacle- the sporty and spirited Riviera for 1967: 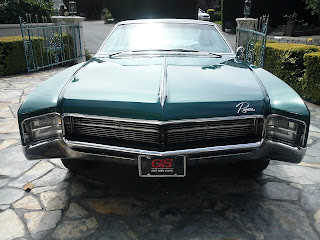 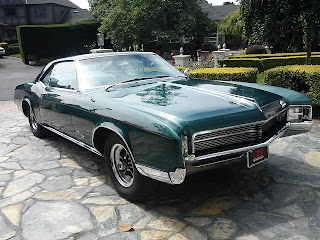 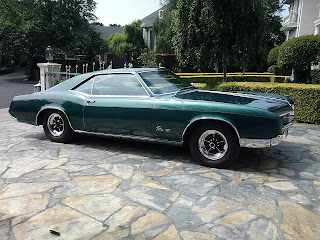 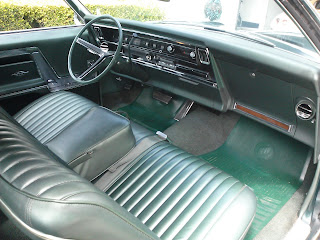 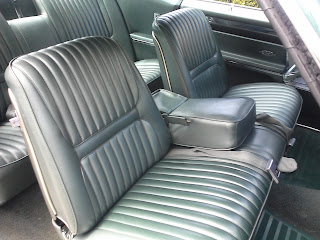 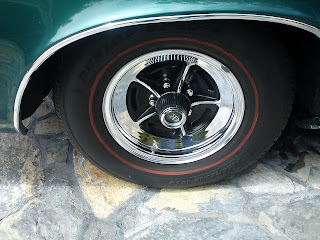 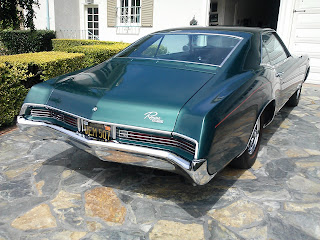 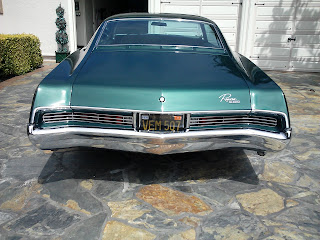 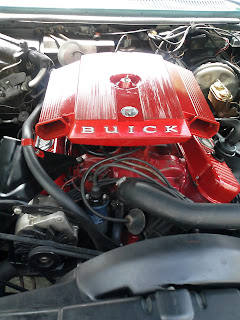 Photos of the week: Low to Go, and Black and Yellow 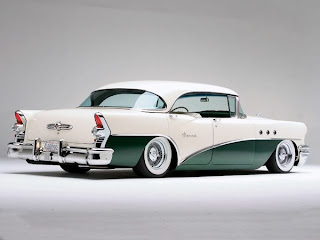 It's been a busy week for the Reynolds Buick Facebook Page. We reached record viewership - over 33,000 interactions during the last week, and it's keeping us busy providing new contact daily and having some great conversations on our wall. If you haven't visited yet, do check us out.

Top photo this week was a runaway favorite I call "Low to Go"- it's a great shot of a beautifully restored '55 Special in the first-year Riviera Hardtop style. It look almost stock except for the wire wheels and the super low slam. All in all, an eye catcher and our top photo of the week, 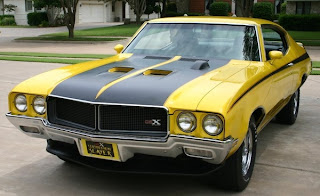 Closing quickly on the leader was "Black and Yellow", a Saturn Yellow 1970 GSX in pristine condition. Now it's hard to go wrong with any GSX, especially Saturn Yellow, so I'm not surprised that the car Buick built to turn heads still does so today, over forty- two years since it made its debut on the stand at the Chicago Auto Show. We've written extensively about the GSX here on the Reynolds Blog, check out our Get to Know: GSX Series.

Photos of the Week- Skylark In Blue and Invicta Texan 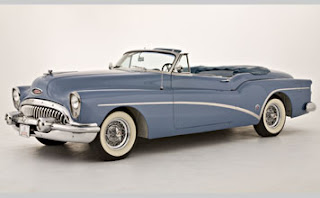 We've been pretty busy over at the Reynolds Buick GMC Facebook Page, showing cool images and videos and talking about Buicks and GMC Trucks. We've been growing like crazy and having a lot of fun interacting with you folks. To help integrate the blog and our online activites we've decided to start a Photo Of the Week and share the best liked photos from the prior week.

This week, our most popular image was "Skylark In Blue", a portrait against white of a classic, limited production 1953 Skylark. Skylark was the most expensive car in the line up for '53, a virtually hand made convertible chariot with leather seats, chrome plated wire wheels and a hydraulic system for the power top and windows. It had a list price of nearly $5,000, which was a fortune. 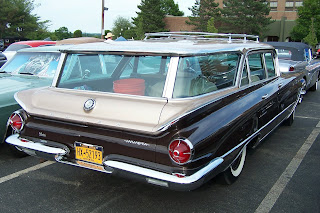 Our second most popular photo was "Invicta Texan", a shot of a beautifully restored 1960 Estate Wagon with the ultra-rare (less than 300 made) Texan bucket seat interior option. Texas was the rage in the fifties (all those Western movies) and Buick made a special "Texan" show wagon for the 1959 season. It was so well received that a limited production model was offered in 1960. The car in the photo is one of a handful of survivors and a wonderful reminder of the space age styling of the '59 and '60 Buick wagons.

Feel free to drop by our Reynolds Buick GMC Facebook Page for daily images and fun conversation. See you there!

Posted by Reynolds Buick GMC at 9:48 PM No comments: