Testing at the Nurburgring Nordschleife

Let’s be honest: The closest most of us are ever going to get to the Nurburgring Nordschleife is playing Gran Turismo on our Playstations. Although that’s an unfortunate truth that many car enthusiasts will have to reconcile, there’s still some solace to be found in the fact that there are a select few cars on our shores that have proven their worth on Germany’s famed racetrack. And, we’re proud to say, we can count the new 2011 Buick Regal among them. 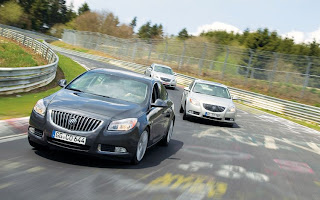 That one would be surprised to hear that a Buick has made its rounds along the Nordcschleife’s 73 turns would be understandable. Although Buick has a long racing history marked by high performance cars, most recently the GNX, the brand has spent the better part of the last two decades building a reputation based more on comfort and convenience than high-revving engines and screeching tires.

While we’re more likely to find our 2011 Buick Regals quietly traversing the streets of West Covina, at legal driving speeds of course, any gearhead will tell you that there’s something to be said for knowing your car has the ability to scream around sharp corners. Should the need arise, of course. But even with all of its under-the-hood performance, the Regal still maintains the distinctive touch of class that its sister models, such as the LaCrosse and the Enclave, share with one another. It’s not often you’ll come across a vehicle that strikes a balance between power and luxury the way this car does.

Although no official lap time was recorded for the Regal, we did hear that the Opel Insignia it’s based off of managed to crack the 8:35 minute mark. Just something to think about.
Posted by Kenny at 5:03 PM No comments:

It’s no secret that the GMC brand has long been synonymous with power and durability. Unlike the trucks produced by other manufacturers, the GMC Sierra has produced an exemplary track record of serving as a not just a vehicle, but more importantly, as a tool for construction and towing. Given that, it should come as no surprise that the GMC Sierra is set to continue to dominate the competitive, heavy-duty segment of the pickup truck market. 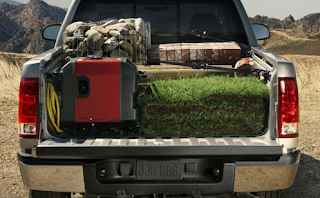 Although the 2011 Sierra is, physically, nearly identical to previous year models, a closer look at its internal components show a considerable amount of progress behind its engineering. The Sierra 2500 HD features a completely new frame, marked by a number of improvements to its suspension. Furthermore, the truck also now features a new optional diesel engine with an advanced exhaust breaking system, in addition to various new electronics designed to aid in component management and driving.

Perhaps the pinnacle of refinements made to the 2011 Sierra, however, is perhaps the new Denali trim that’s been added for the upcoming model year. Available only as a crew cab with the 4wd option, the Sierra Denali features a plethora of new options including rear parking sensors, a Bose stereo, heated leather seats, and the trademark Denali chrome grill.

Powering the vehicle are motor options of a 6.0 liter V8 producing 360 horsepower and 380 lb/ft. of torque, paired with a six-speed automatic transmission. For those who need more towing capabilities, however, there also is the 6.6 liter turbocharged V8 with an output of 397 horsepower, and a ridiculous 765 lb/ft. or torque, more than enough to get what you need to where you need it.

These upgrades to what was already a more than solid platform should only help further secure the GMC Sierra’s place at the top of the HD truck pyramid.
Posted by Kenny at 9:37 AM No comments:

As we noted in our previous post, much of Buick’s current success can be attributed to the complete overhaul in both construction quality and design philosophy. As a testament to how strongly the Buick brand believes in the caliber of the vehicles it produces, the company is launching a new social media campaign that will allow you, the consumer, to voice your opinion on every aspect of its vehicles, both good and bad. It’s fitting then, that the new campaign is titled simple, “Buick’s Moment of Truth.” 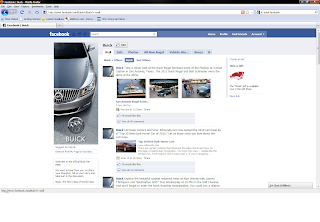 It likely goes without saying that, despite almost unanimous praise from the auto industry as of late, the Buick nameplate itself still remains somewhat problematic, especially as discussed by consumers. Although the brand has long been synonymous with American built luxury and class, it’s pretty evident that there are a number of people with dissenting opinions. What Buick (and we, as a dealership proud to sell its vehicles) is hoping is that, in an age where public opinion has largely and understandably turned on large corporate entities who are all too willing to sacrifice what’s best for their customers just to make an extra dollar or two, this transparency will show that Buick has absolutely nothing to hide.

That said, we’d fully encourage our customers to leave their opinions of our vehicles on Buick’s Moment of Truth site once it launches. As you’ve likely experienced, we here at Reynolds Buick GMC go out of our way to make sure you leave our lot with not just a great car, but great customer service and the distinct impression that you’re part of our family. And, while we take care to put effort into ensuring that you drive off 100% satisfied, our efforts are just as much an extension of the brand philosophy behind Buick.

We’ll keep you posted on the site’s progress, and let you know when it launches.
Posted by Kenny at 10:21 AM No comments: