Don't miss out on the chance to WIN a $250 VISA Giftcard! Tomorrow is the last day you can enter the contest...... http://fb.me/SnGOHROZ

Posted by Reynolds Buick GMC at 2:20 PM No comments:

Yesterday marked the day in 1903 when the Buick Motor Company was incorporated by David Dunbar Buick in Detroit. 110 years later, they are still going strong!

Posted by Reynolds Buick GMC at 4:04 PM No comments:

Buick currently offers a manual transmission in three 2013 vehicles...How did you first learned how to drive a manual?

Posted by Reynolds Buick GMC at 3:29 PM No comments:


Just two weeks left to ENTER-TO-WIN a $100 Gas Giftcard with our Facebook Contest!
Click the link to complete the form...hurry, it ends on the 31st! http://a.pgtb.me/nc8cPp

Posted by Reynolds Buick GMC at 1:56 PM No comments: 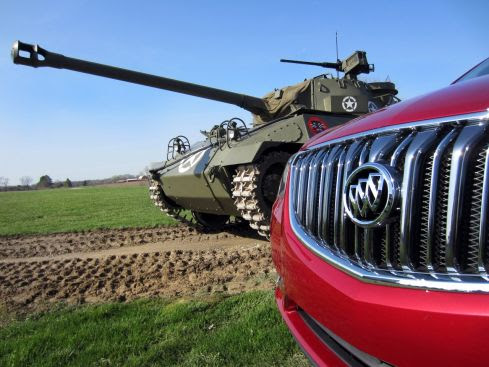 Buick production lines have been rolling for 110 consecutive years but for a short period during World War II, the vehicles produced looked decidedly different. In February of 1942, the last civilian car left a Buick facility before full attention was placed on engineering and producing aircraft engines, ammunition and the M18 tank destroyer, better known as the Hellcat.
The M18 originated in the design studio of Harley Earl, whose team also worked extensively on early camouflage paint. Even the Hellcat logo on the M18’s front corner and patches worn by its crew was designed by Earl’s staff. Flanked by the words “Seek, Strike, Destroy,” it depicts a wildcat biting down on crushed treads, signifying the Hellcat’s mission of targeting enemy tanks.
Buick engineers brought the Hellcat to life from the design team’s sketches and developed an innovative torsion bar suspension that provided a steady ride. Though it weighed about 20 tons – the same as almost nine modern day Buick Enclaves – the Hellcat was designed to be one of fastest tanks on the battlefield and was capable of traveling upwards of 60 mph. Its power came from a nine-cylinder, 450-horsepower radial-type aircraft engine paired with a three-speed Hydramatic transmission.
“The Hellcat was considered the hot rod of World War II,” said Bill Gross, a historian who restored an M18 now on display at the Sloan Museum in Flint, Mich. “To give perspective, most German tanks of the day were capable of just 20 mph and even today’s M1 Abrams tank is outpaced by the Hellcat.”
Once developed, the Hellcat was tested in the same manner as millions of Buick passenger cars before and after it, at the General Motors Milford Proving Ground. Top speed testing was done on a paved, banked oval and ride quality tests were done over specially developed stretches of bumps. Of course, the M18 also required unique tests of its ability to ford six feet of water, climb small walls, and ram through structures.
Production of the M18 Hellcat began in mid-1943 and ended in October 1944. The project was so secretive that a story about the “new” tank destroyer ran in newspapers just a month before production ended.
“The men and women who developed the Hellcat and assembled them on the Buick line in Flint contributed a great deal to the war effort and to military engineering history,” said Gross. “These people were instrumental in bringing such a great conflict to a close and their innovations are still in use today – the M18’s suspension remains a common design inspiration for modern military vehicles.”
In addition to 2,507 M18 tank destroyers, Buick factory workers produced nearly 20,000 powertrains, a half-million cartridge cases, 9.7 million 20-mm shells, and a number of other war goods during WWII
Courtesy of Buick News
Posted by Reynolds Buick GMC at 1:28 PM No comments:

Are you an avid Youtube viewer? Make sure to visit the Reynolds Buick GMC Channel and watch all of our latest videos! http://on.fb.me/10x4Sta

Posted by Reynolds Buick GMC at 3:08 PM No comments:


Considering a new 2014 GMC Sierra? Join the GMC - Google Hangout Event this Thursday and get all your questions answered!

Posted by Reynolds Buick GMC at 2:07 PM No comments:

It's THROWBACK THURSDAY! If you had a Buick GNX for a day, where would you drive it?

Posted by Reynolds Buick GMC at 10:16 AM No comments:

Save $$ at the pump with our latest Facebook Contest!

Click the link to complete the form for a CHANCE TO WIN a $100 Gas Giftcard! Hurry, contest ends May 31st! http://a.pgtb.me/nc8cPp

Something to think about as it warms up 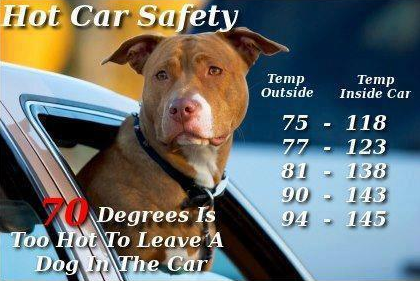 Posted by Reynolds Buick GMC at 5:12 PM No comments: