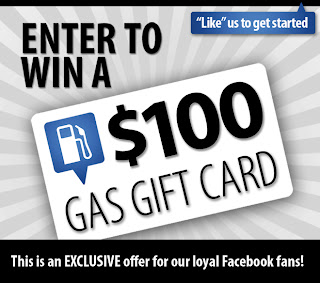 Reynolds Buick GMC always looks for new and exciting ways to reward our loyal fans and followers. This time, we have a fantastic ENTER TO WIN contest on our Facebook page! Simply click the link below, complete the form to secure your eligibility and submit by August 31st, when the contest ends!

The winner will be announced on our Facebook page following the contest end date and will win a $100 giftcard, good to use when filling up at the pump!

Test Your Knowledge - It's Harder Than It Sounds

Games are a great way to pass the time on a long road trip and keep the driver occupied and wide awake.  Here’s an idea that will test your history knowledge.  Get a passenger to be the scribe and number a paper 1-44.  Now, see if all of the passengers in the car can name all 44 US Presidents!  It might sound easy, but just wait until you have one left.  Happy travels! 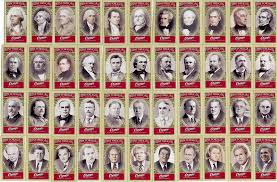 Visit www.reynolds1915.com for all of your automotive needs.

Posted by Reynolds Buick GMC at 4:48 PM No comments:

Welcome to the weekend! Start yours off right and enter for a chance to WIN a $100 GAS Giftcard with our newest Facebook contest!

Posted by Reynolds Buick GMC at 3:54 PM No comments: 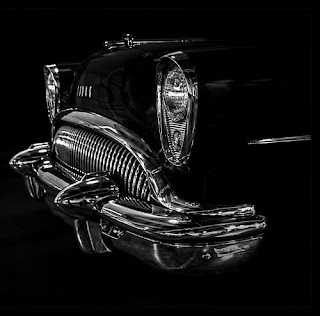 Posted by Reynolds Buick GMC at 11:49 AM No comments:

After teetering on the brink of extinction only a few years ago, Buick seems to be back in the black and on a roll these days. The automaker has done a rather impressive job shedding its unfortunate but well-deserved "built for seniors" image by replacing the lumbering, stodgy cars of its past, with sleeker, sexier looking new machines equipped with the latest performance, safety and entertainment technologies.

Take the recently redesigned Enclave, for instance. It brings a comfortable, upscale feel to the midsize crossover segment with lots of amenities, a well-designed interior, and a smooth ride. Similarly, both the Regal and Verano sedans offer composed handling, high-quality interiors, and a standard features galore.

Now, it's time for the LaCrosse, the automaker's flagship and the vehicle that started the company's whole revival movement, to get a refresh. And while the updates for model year 2014 might seem insignificant on the surface, they are well executed as a whole and will help the car compete better against its pricier and more overtly luxurious European rivals – the Mercedes-Benz E-Class, Audi A6, BMW 5 Series, and Volvo S80 –  which until recently held a distinct advantage in nearly every respect. Other competitors include other "affordable" luxury cars such as the Acura TL, Lincoln MKZ, Lexus ES, Chrysler 300, Toyota Avalon, and Nissan Maxima (the LaCrosse falls somewhere in between the aforementioned two groups).

On the outside, the LaCrosse's sheet-metal gets a little s more dramatic, front and rear. Upfront, you'll find a somewhat-larger waterfall grille, similar in design to the ones featured by its smaller siblings the Regal and Verano, and new headlamps with LED technology. The pair gives the car a slightly more aggressive demeanor. Ditto out back, where the taillights now are LEDs and tied together with a slim chrome strip across the trunk-lid.

Overall, the car looks clean and appealing. That said, it still seems somewhat chunky. No matter how sporty and aggressive Buick tries to make this car look, there's no disguising that this is a big, hefty car.

There have been more significant improvements inside the car. The cabin is more refined than ever before and ergonomically designed. Material quality was good in the 2013, but is even better in the 2014. And there is plenty of room to seat five comfortably.

The most notable improvements, however, are on the tech side. First, we give kudos to the updated IntelliLink infotainment system, which now features swipe-and-drag controls like a tablet, similar to Cadillac's CUE system but more streamlined. It's intuitive and easy to use, cutting the center-stack-button count from 17 to seven.

Also, Buick is offering a pair of cutting-edge safety packages designed to keep the driver alert to his surroundings. Driver Confidence I ($2,125) includes forward-collision alert, lane-departure warning, lane-change alert, side blind-zone alert, rear cross-traffic alert, HID articulating headlamps, fog lamps and a head-up display. For another $1,745 you can add Driver Confidence II and get a haptic driver's seat (it vibrates to alert the driver rather than beeping), adaptive cruise control, and collision preparation, which includes "mitigation" braking if the driver doesn't hit the pedal soon enough.

On the road, we were pleasantly surprised by how adeptly or nimbly this car handled the various road conditions we threw at it. Note: The LaCrosse is not a sport sedan. It is designed for soaking up miles in comfort rather than blasting down back roads at breakneck speeds. Even so, we found it to be responsive, well behaved, and handle every twist and turn, tight or sweeping, with relative aplomb (better than its predecessors) thanks to the optional magnetic adjustable suspension, which includes real-time adjustable damping.

Steering was also precise with excellent feedback. Road imperfections were well-damped; you can hear them, but you don't much feel them through the steering wheel.

As far as the safety features are concerned, the ones that could be tested without bending metal operated just as advertised. In fact, the adaptive cruise control, blind-spot monitoring, and lane departure warning were some of the best of breed we have ever tested.

Under the hood, the base model comes is equipped with a four-cylinder 182-hp engine with GM's eAssist mild-hybrid technology or a 304-hp V6. Both mate to six-speed automatic transmission. Both were quiet and returned respectable, refined performance. Acceleration was smooth, but not overly quick. A little more oomph would have been appreciated. But you certainly won't be wanting when it comes time to pass another vehicle or enter a crowded roadway. The eAssist earns an impressive EPA highway fuel rating of 36 mpg, while the V6 deliver 28 mpg.

Courtesy of Men's Journal
Posted by Reynolds Buick GMC at 2:20 PM No comments:

We wanted to share some encouraging words to get your week off to the right start.

Posted by Reynolds Buick GMC at 3:56 PM No comments:

Happy Friday! Any plans to hit the road this weekend?

Posted by Reynolds Buick GMC at 11:17 AM No comments:

The 4th of July is tomorrow...any fun plans? Share with us in the comments below!

Posted by Reynolds Buick GMC at 4:25 PM No comments:

Watch and find out why the engines in the new 2014 GMC Sierra Truck are our most highly engineered Sierra engines, ever.

Posted by Reynolds Buick GMC at 3:53 PM No comments:

Prepare your vehicle for the summer heat. To get the most life out of a battery, make sure to have your electrical system checked to ensure it is charging at the correct rate. Keep the top of the battery clean. Dirt can become a conductor, which drains battery power. If corrosion accumulates on battery terminals, it becomes an insulator and inhibits the current flow. #MaintenanceMonday